Inspired by Love. Thoughts on Love that crossed my path this week.

It was previously thought that  Harper Lee only ever wrote one book, ' To Kill a Mockingbird' But this week it emerged another book has been discovered, which led me to exploring more about her writing.

Her first words that were published were an essay on love, ' Love - in other words ' published in Vogue in 1961,

"As one holds down a cork to the bottom of a stream, so may love be imprisoned by self: remove self, and love rises to the surface of man's being. With love, all things are possible."

I also discovered this week that T.S. Eliot had written over a 1000 letters to a woman called Emily Hale in between his marriages but that these letters remain 'sealed' until 2020. To think about the contents of those letters is extraordinary and the fact that they remain. So much gets lost today with the modern forms of communication. It's all so fast and layered. But to make something that lasts, is tangible, that records what we feel and whom we loved and then gets passed down through time is life itself.

That is why I was so happy to get an email from Bernie asking me to make a piece by Worn with Love to celebrate his best friends love for each other. Symbolically Paper celebrates one year of being together. I found an old clock face in a Paris Flea Market and combined that with vintage sheet music and their own words from a song they had written. 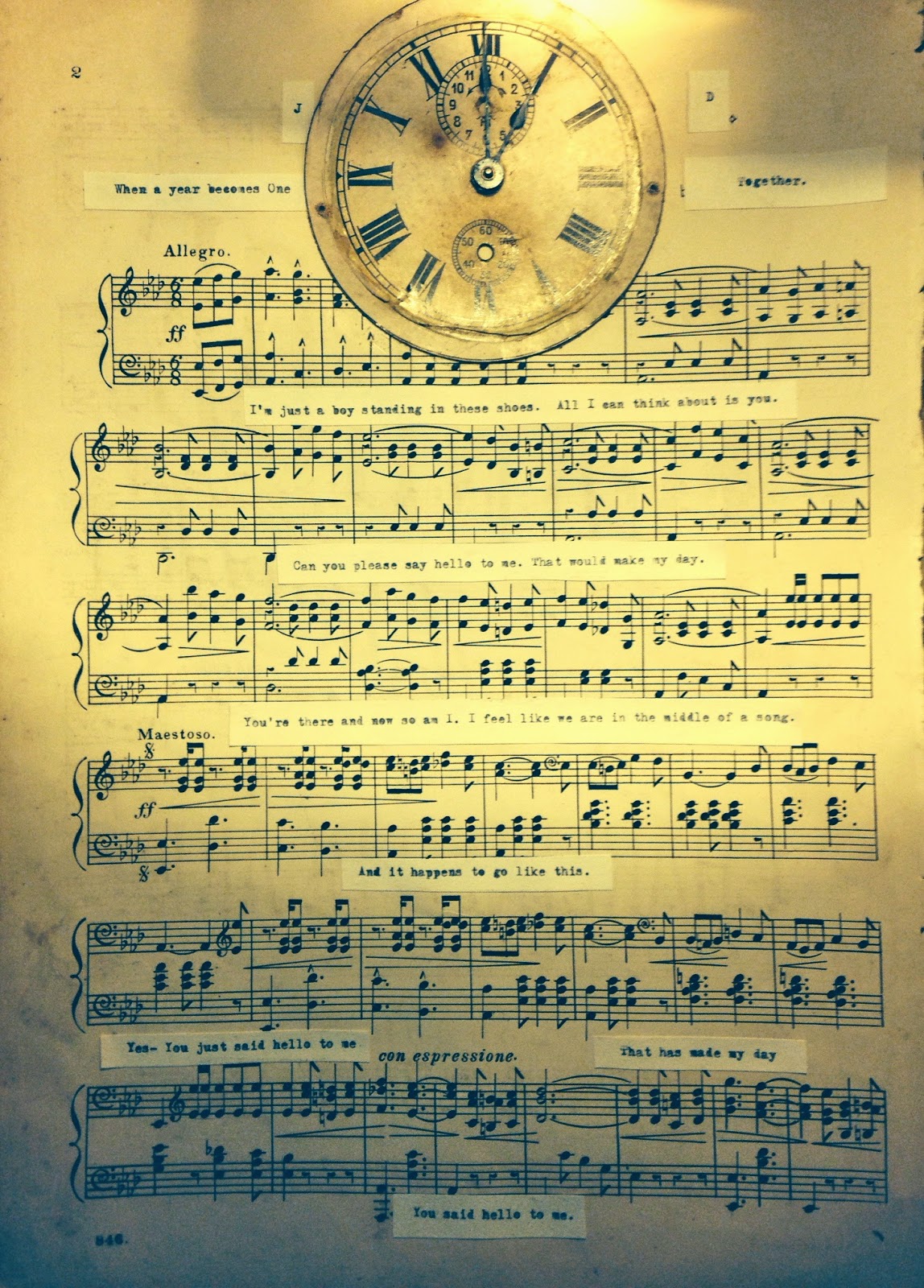 Also a lady from America got in touch and wanted me to make a headdress for her for a Valentines evening in Vegas, ' Royal Court of Hearts' .  I made her this. 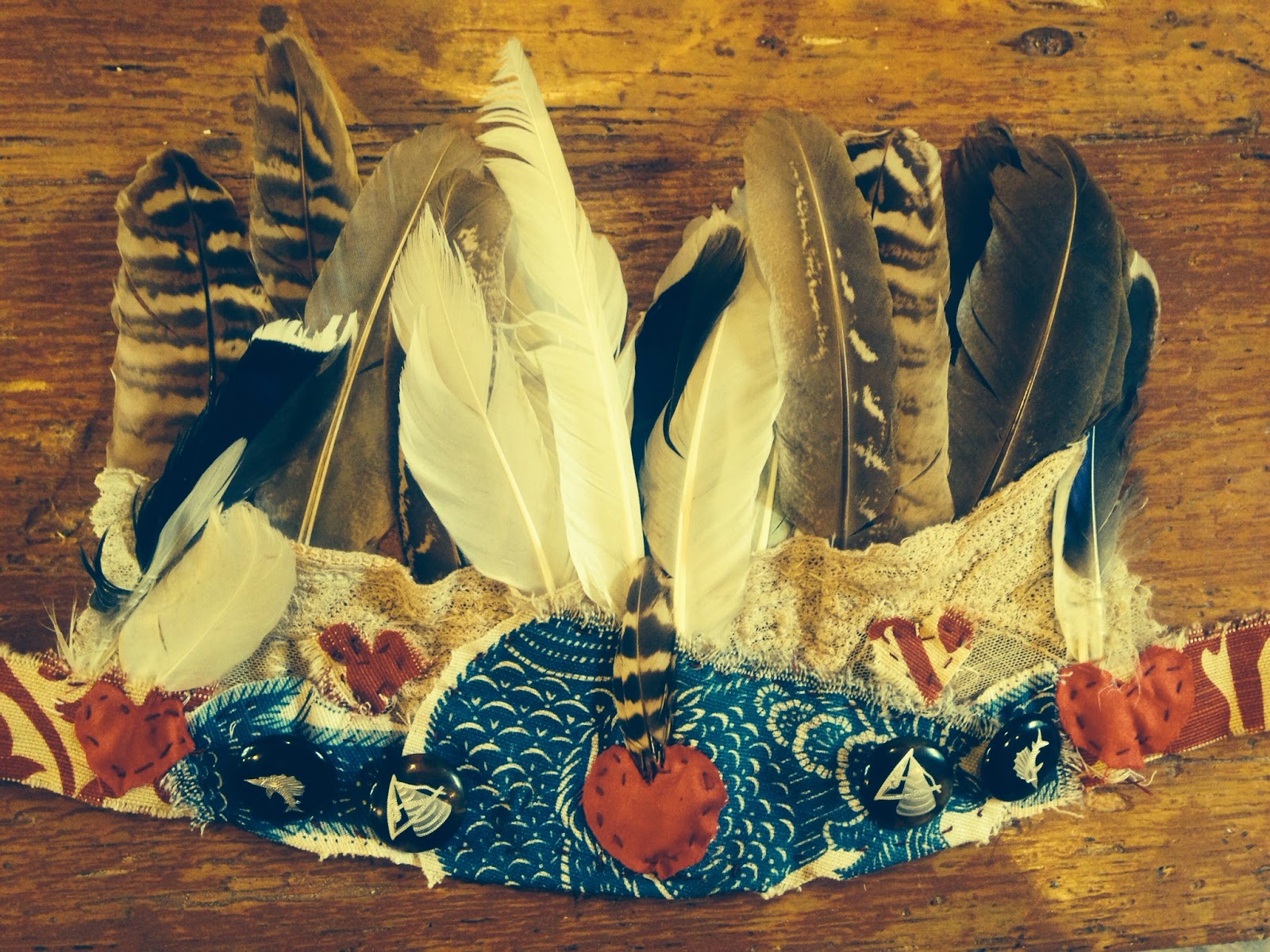 What is Love? As Harper Lee says, "There is only one kind of love- love. But the different manifestations of love are uncountable. "

Joni Mitchell published an anthology of love last year, 'Love has many faces: A Quartet, A Ballet, Waiting to be Danced.' Her first husband left her with only his Surname and after giving up her daughter for adoption she's been trying to work out ever since what love truely means. A journalist said to her, ' You're an expert on love'. Her answer was, " My interest is to get to the heart of things."

I hope as you read this you are loving and being loved well.

Posted by Emma Freemantle at 06:03